I'm always fascinated by the many approaches taken by the different demonstrators who come to us each month.  Jon Davis had prepared an canvas board by painting it with white acrylic and he already had the basic scene depicted in light black. Only the sky has been added roughly at this point in the demonstration. 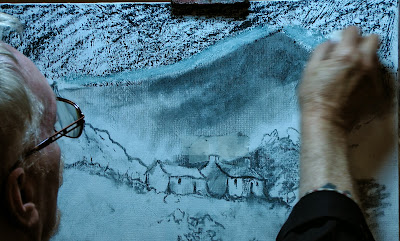 Jon studied classical portrait painting in the studio of Ken Paine. While we were setting up Jon told me how that came about. He had seen Ken working and rather rudely tapped him on the shoulder and asked what he was using. "Pastels.", was the reply and after a searching gaze Ken then asked "When's your birthday?" A date was named and Ken then announced "I've been waiting 20 years for you." They shared a birthday as did Ken with his tutor and so on back through several generations.


When it comes to quick portraits Jon holds the record - 41 in a single day. After many years as a portraitist he began to expand his repertoire first with flowers and then landscapes. Some of his other work can be seen on Art Profile.

as does the South Wales Art Society blog

Back to the demo for Ledbury Art Society. After the initial work on the sky with Unison soft pastels, Ken used his fingers to blend pigments and also show the effects that could be achieved by spraying with water and then blending with a soft brush. As the painting develop he frequently switched from pastel to acrylic and back again. There were occasions when I thought I knew where he was going with parts of the picture but later he would confound my thinking by developing it further. I must confess there were times when I thought something might have been better left but every artist has to make their own decisions and follow their own vision.

Jon is a skilled artist who usually works in pastels or watercolour or acrylic and not so often with mixed media.  Several helpful tips and a different approach made for a stimulating and enjoyable morning. So thank you Jon.

You can probably see from the first image that Jon has his painting mounted very high on the easel - he is standing and reaching up. I'd not seen anyone do that before and I suspect if I tried it I would rapidly have a stiff neck.

The following images show the progression through to the finished painting 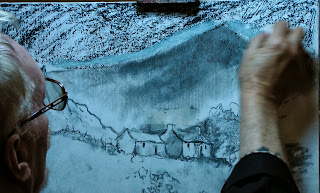 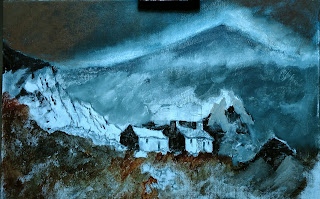 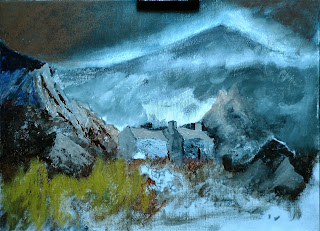 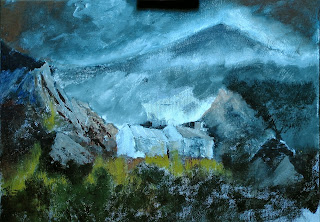 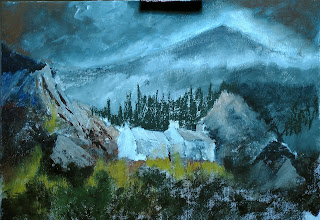 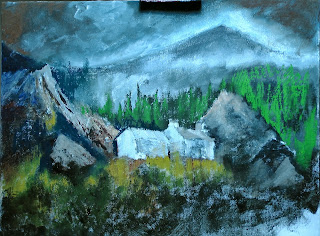 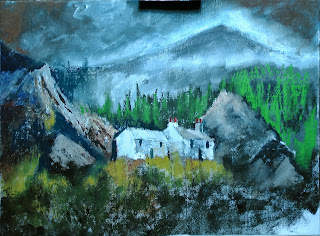 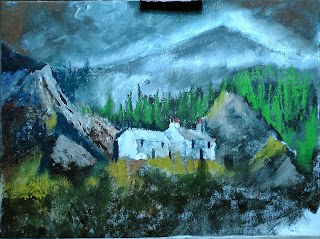 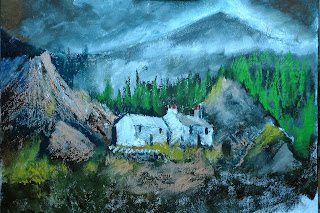 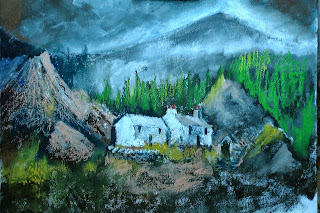 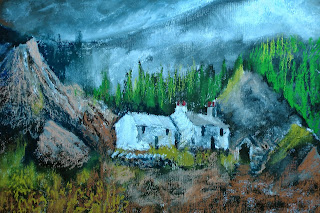 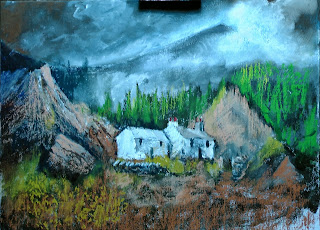 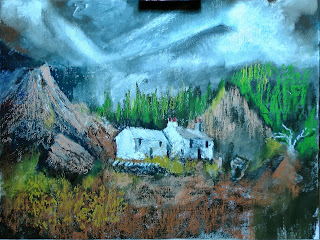 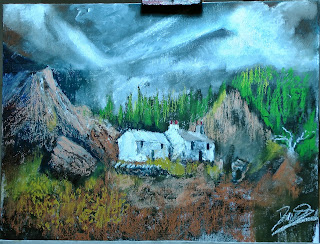 The dark rectangular at top centre of these images is part of the easel.

Posted by LAS Communications at 19:27