This must be the time of year for art holidays adverts. Several have come through recently and so I'm giving links to websites in case you want to find out more about any of them>


Brian Steventon is offering tuition at The Wodehouse and Harvington Hall next year. Cost £30 a day. No website details but you could email briansteventon@tiscali.co.uk for details.

If you've used any of these services please add any recommendations as a comment.

Posted by LAS Communications at 15:02 No comments:

Contemporary Quilt has a superb exhibition of Art Quilts in the Weaver's Gallery in Ledbury this week. This specialist group of The Quilters' Guild is celebrating their tenth anniversary and have published a well illustrated book called CQ@10. As tin is usually associated with tenth anniversaries, the CQ have taken a photo image of a Cornish tin mine as inspiration for the work in this exhibition. I find it absolutely fascinating to see so many artistic interpretations of one source image. All artists, not just quilters, could learn something from this exhibition.

Contemporary Quilt also have a new website http://www.contemporaryquilt.org.uk/  with Galleries showing some of their members' work. 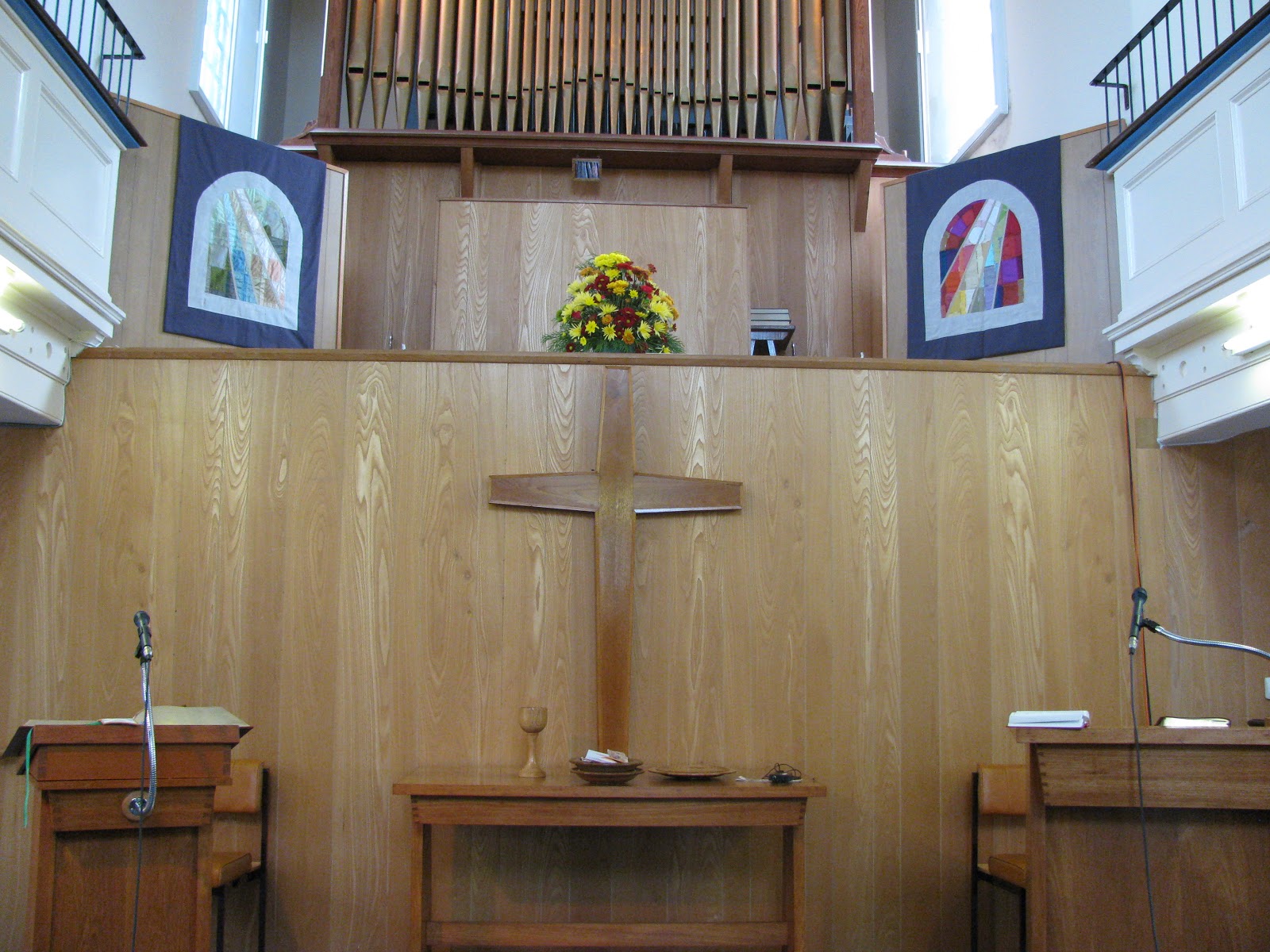 Ledbury Methodist Church has just gained two new banners made by Patti Budd and Catherine Campbell Hyde. Each banner is worked in different coloured silk pieces on a deep purple background. They reflect the shape of the attractive upper windows in the church and are worked to represent rays of light through stained glass windows. Click Read More>>> below for more images

Having hardly touched watercolour in the last 18 months - mainly because I didn't know what I was doing - I decided it was time to learn some of the basics and so I signed up for Nigel Street's Understanding Watercolour weekend.

My confidence rose as soon as I began to put a small wash yesterday. Why? Because Nigel had provided artist's quality paint together with a block of Bockingford paper and a range of good brushes everything worked the way he had shown us.  He had already explained the merits of various papers, brushes and paints. Using the good quality materials he supplied was a dream compared with my previous experiences.

As the weekend progressed we learnt to distinguish the properties and behaviours of soluble and insoluble pigments, what would give reasonable granulation, colour mixing and a range of techniques. I felt really good about my graduated washes. They were not as smooth as those in Nigel's demonstration but I was still quite happy as I now belief that with practice I could produce something pleasing.

Demonstration, followed by a chance to practice and receive helpful comments and guidance were all important. However, learning the basic theory about pigment and colour and technique has provided some fundamental building blocks for watercolour painting and gives a framework on which to build.

I have several books on watercolour painting but none have distilled the fundamentals in such an accessible way as this weekend course. Thank you Nigel!

Another excellent demonstration today. This time David Wilcox showed how he tackles painting ballet dancers in watercolour. Working with his support almost vertical must have been a challenge as accidental runs could so easily have wrecked his efforts but he worked with that to create some subtle curtains of colour in the painting of the background. He worked with a limited palette and worked on the background and negative shapes first before beginning to work shadows into the figures. Clothing and flesh colours came later. The legs of dancers offer graceful shapes and hint at the power and fitness needed for performance dance. To see them take shape in a painting with very thinly apply red and violet was a revelation.
﻿ ﻿  Much of David's work is based on his own photographs taken at dress rehearsals in Birmingham. Visit his website http://www.davidwilcox-paintings.co.uk/ to see more of his work and to understand what I mean by his limited palette.
Posted by LAS Communications at 20:28 No comments: